The source code of SINGA

If Coronavirus has brought ‘The Plague’ to the top of the most-read list at the moment, the two are still far from being comparable. In writing ‘The Plague’, Camus thought of the war, of the nazis, the resisters and colaborators. These portraits bring out an inherent force in all of us, inviting us to shake ourselves out of resignation.

In the last centuries, the plague killed 60-80% of victims. Coronavirus will kill between 0.2% and 7% of those who are contaminated. At the moment in France we are at 3% to have been infected and then healed. But the virus has also contaminated our minds.

What’s new about Coronavirus is the speed in which it knocked down our ‘modern’ society. A civilisation beaten by the winds of globalisation where ‘the virus spreads like tourists, fake news and ideas’. It’s like Twitter : toxic and quick.

The confinement has reduced our living into a ‘long now’, alone with ourselves and our loved ones. Ironically, Corona has made us into refugees : ‘migrants’ who haven’t been able to get their visa in order to move around freely. Due to Corona, we are all ‘refugees’ – forbidden to move in a world of constant movement.

There is a grey area between those who have to take the frontline and those who have to stay at home. The vast majority of us are panicking about the idea of ‘surviving’ confinement with 3 people in 96m2 … it’s the national average! We’re arguing about different household tasks and tv programmes.

Refugees in our own habitats, fleeing from our neighbours, sweaty joggers and the police. Whilst the zombies appear in the supermarket to raid the shelves of pasta and toilet paper, we’re leaving our ‘quarantined’ deliveries on the landing.
Social distance is only allowing a distance of minds. Glued to our screen, we’re buried under information, opinions and expert advice from the tv. Hastiness, war-talks, confusion … 24/7. The only thing that becomes real is fear.

Since 2015, Europe has barricaded itself against refugees. Whilst asylum claims don’t reach over 1-2% of the population, the illusion of border invasions is still spreading. But this drama will never be resolved until we confront the bad at its source.

Will we follow the same logic with Corona? Barricading ourselves against an invisible enemy that will one day turn us all against each other. It’s just as ridiculous! To put an end to this pandemic, 60-70% of us are going to catch the virus and get better. All that we can hope for is a miracle vaccine within the next 12-18 months.

So what now? Are we going to spend the next few months sprawled out in our pyjamas, watching the world from our screens like it’s a threat to us? Only going out in our cosmonaut suits to search for our ‘essential’ items like sugar and toilet roll?

When inclusion rhymes with economic development 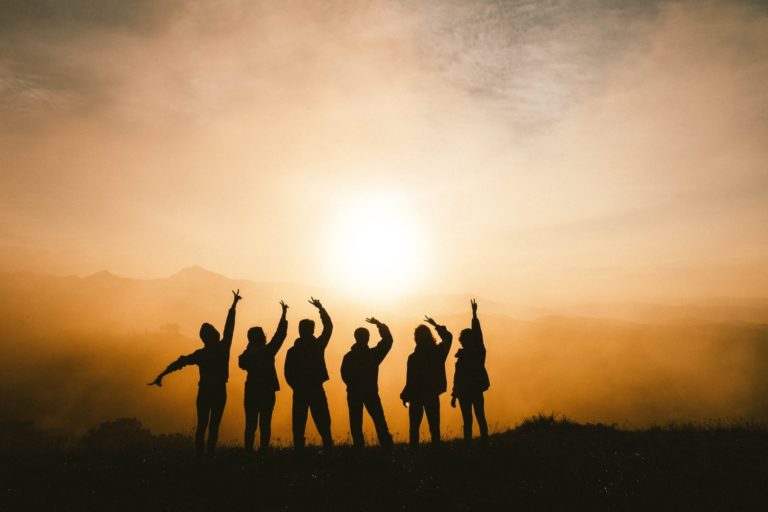